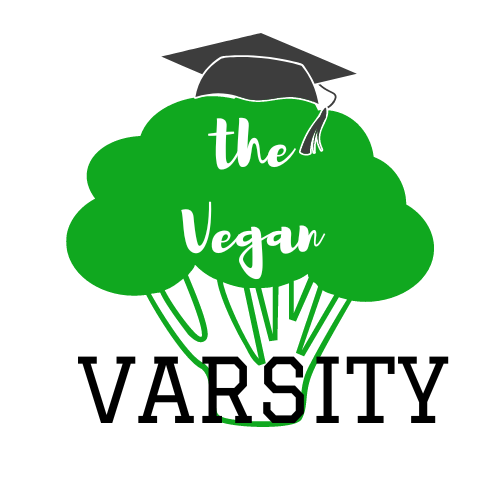 Veganism: Is it a diet or a philosophy?

With an estimated 79 million vegans in the world today, it is safe to say that veganism is becoming more and more popular. Documentaries, books, and social media have helped raise awareness of the cruelty of factory farming and the negative impact it has on the environment.

Most of the information about veganism focuses on vegan food and a vegan diet. It makes sense since changing your diet is the first step to becoming vegan and vegan food is awesome. But is veganism just a diet, or is it much more than that?

According to The Vegan Society:

“Veganism is a philosophy and way of living which seeks to exclude—as far as is possible and practicable—all forms of exploitation of, and cruelty to, animals for food, clothing or any other purpose; and by extension, promotes the development and use of animal-free alternatives for the benefit of animals, humans and the environment. In dietary terms it denotes the practice of dispensing with all products derived wholly or partly from animals.”

Veganism is not just about ditching meat, dairy, eggs, and honey. It also means not wearing or using anything made from an animal and not contributing to anything that exploits or harms animals, including for entertainment purposes.

It’s important to understand that animals not only suffer in animal farms but in many different facets of human life. It might seem extreme to want to cut out using animals for any exploitative purposes if you do not see anything wrong with zoos or horseback riding, but when you understand what animals go through when they are locked up in cages for human entertainment or are forced to cause permanent damage to their bodies while carrying humans around, it’s hard to continue exploiting animals in any way.

The main philosophy of veganism is to reduce animal suffering as much as possible. There are so many things we do on a day-to-day basis that contributes to animal suffering. And many, if not all of those things can easily be changed so that it no longer contributes to the suffering of another being. Switching to a vegan diet is very important but is just one step to switching to a completely vegan lifestyle.

Reducing animal suffering is important because all animals have a right to live and not be tortured or killed. So much of what humans do contributes to animal suffering unnecessarily. A lot of the suffering we cause other species is mainly due to habit, poor education, and lack of empathy rather than necessity.

Vegans see the animal suffering all around us and want to end it because it’s wrong to cause suffering to another living being regardless of species. Many cultures around the world raise people to be “speciest” which means they believe humans are better and more important than other species- that it is somehow ok to torture, kill, and exploit other species for our pleasure.

Vegans do not believe that humans are better or more important than other species of animals. All living beings feel and can suffer if they are hurt, intimidated, enslaved, or killed. If you watch footage of animals being slaughtered on a factory farm, it is very clear from the animals’ eyes, body language, and cries that they are fearful and feeling extreme pain.

Anyone who has had an animal companion knows that dogs and cats worry, get scared, and feel pain. You don’t need to be a scientist or have to read countless studies to know animals do not want to be killed and can suffer if put under distressing conditions.

Even animals that do not cry out when in pain, still suffer when harmed. Fish do not react to pain the way mammals do, but recent studies have shown that they do feel pain.

“On the basis of scientific evidence, fish have the capacity for experiencing and feeling pain… Indeed, the typical arguments against fish pain perception are easily refutable. For some time, a challenge in understanding non-human animals’ emotions and behaviors was steeped in our inability to communicate verbally with them, thereby making the lack of common language a primary barrier. However, behavioral tests have allowed animals to express their perceptions, preferences, aversions, and prioritization of desires. This enables conscious experiences to be accessible for scientific investigation.” – HSUS Report: Fish and Pain Perception

So, if all species of animals can feel pain and suffer, and we know that causing pain and suffering is wrong, then we must not cause suffering to other beings, especially if it is not for our survival.

We also have cars, bicycles, and other modern modes of transportation, so there is no need to ride horses, camels, elephants, or any other animal.

We have videos, robots, animatronics, and the internet, so there is no need to jail wild animals in depressing enclosures for human entertainment or education.

We would learn more about animals and their natural way of life watching a BBC documentary than we would be watching a polar bear pacing back and forth in a concrete prison. Animatronics and robots can also be used in place of real animals if people want to visit a theme park or attend a live show with an animal theme.

Zoos and aquariums do not educate humans about wildlife. These animal jails just teach people that it’s ok to enslave wild animals for humans to gawk at. It’s depressing and harmful for wild animals to be kept in captivity. So many captive wild animals get sick, exhibit a mental disorder called “zoochosis,” and even die in captivity. There are zero benefits to putting a wild animal in a cage.

The zoo and aquarium industry also contributes to the global wildlife trafficking problem. It is very easy for wildlife traffickers to lie and say a wild animal was obtained in a legal way rather than illegally trafficked. Also, even if the wild animal was raised in captivity, it is unethical to breed them and use them for human entertainment. It does not benefit the animal at all and causes needless suffering. That is why all wildlife entertainment businesses need to end completely.

The pet industry is an extension of the wildlife entertainment industry in that it also contributes to wildlife trafficking and teaches children and adults that animals exist for our entertainment.

According to The Conversation:

“Most live animals transported through the wildlife trade are destined for the global, multi-billion dollar exotic pet market. Captive breeding supplies a portion of this market, but many species are collected from the wild – often illegally.”

The act of forcing a mother dog or cat to reproduce and then taking her babies away is just as cruel as when it is done to cows and other animals raised for milk. Pet breeding facilities are notorious for keeping animals in horrible conditions where many animals get sick and die. If an animal manages to survive the breeding facility, they can die while being transported to pet shops and pet dealers.

Nearly a million homeless dogs and cats are euthanized every year in the U.S. alone. Adopting a homeless animal is an ethical alternative to buying a pet. Just make you are ready for a ten to twenty + year commitment and do your research on proper care and nutrition.

Even if we refrain from eating animals and using them for entertainment, there are still things we are using that are not vegan. Most makeup, common household cleaners, soaps, shampoos, and even plastic bags contain animal products. And most of the chemicals we use were tested on animals in extremely cruel experiments.

There are vegan alternatives to cleaners, makeup, and other chemicals that we use in our daily lives. You can even make natural cleaners at home which would be better for your health and the environment.

Medicine and vaccinations are a bit trickier because some people really need these things for their survival but unfortunately, all drugs have been tested on animals due to government regulations.

Each person has to make that decision for themselves on what is necessary for their survival and what is something they can stop using or doing so that they do not cause suffering to other beings.

It can seem overwhelming to live a fully vegan lifestyle, but if you go step-by-step and tackle one product or cause at a time, it will be a lot easier to make that transition. You will not only learn a lot about how prevalent animal exploitation is in our lives, but you will also see why it’s so important to become a vegan.

What if someone just doesn’t eat animal products but still buys pets, goes to zoos, or wears leather? Are they still vegan? The answer is simply, “no.”

“Plant-based” is a term for people who eat mostly vegan but might not have an entirely vegan diet and do not avoid animal products or other forms of animal exploitation. Being plant-based is a diet and you do not need to change any other beliefs or behaviors to be plant-based, you simply just need to eat mostly plants.

It is really important to make the distinction between a plant-based diet and veganism because of how important animal rights are to the vegan movement and to ending animal suffering. Once you realize that speciesism exists, you will want to do everything in your power to end it and bring in a vegan world.

“Now that we have understood the nature of speciesism and seen the consequences it has for nonhuman animals it is time to ask: What can we do about it? There are many things that we can and should do about speciesism. We should, for instance, write to our political representatives about the issues discussed in this book; we should make our friends aware of these issues; we should educate our children to be concerned about the welfare of all sentient beings; and we should protest publicly on behalf of nonhuman animals whenever we have an effective opportunity to do so.” ― Peter Singer, Animal Liberation

For more information on the cruelty-free lifestyle, check out our sections on Going Vegan: The Diet and Going Vegan: Books and Info 🙂

Is a Vegan Diet More Expensive?

Can Vegans Eat Potatoes? How To Avoid Dairy & The Best Vegan Fries In The UK 2023 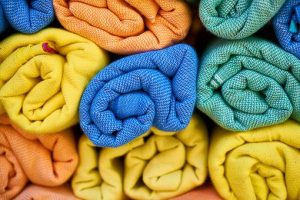 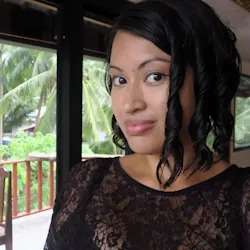 Stay updated with our latest news:

Menu
Go to the Blog